Edit
watch 01:36
We're Getting Mutants in the MCU - The Loop
Do you like this video?
Play Sound

DVD
Blu-Ray Disc
Digital Download (PSN)
Gal*Gun (ぎゃる☆がん Gyaru Gan) is a Japan exclusive rail shooter game that was developed by Inti Creates and published by Alchemist Entertainment. The game released on January 27th, 2011, on the Xbox 360. A PS3 port with additional features was released on February 23rd, 2012.

A remastered port was announced on September 26th, 2020, as Gal*Gun Returns, released on Nintendo Switch and on PC via Steam on February 21st, 2021. This release was the first time the first game was available worldwide and localized.

(Note: A lot of information is from Japanese-only interviews, so there may be mistranslations or inaccuracies)

In an unspecified year, Inti Creates had an in-house competition, in which teams of three would come forward with a concept for a "Multiplayer 2D side-scrolling ACT" game.[1] Masanori Ito, along with two other members, submitted a concept, but their pitch was criticized by Inti staff for being too "stiff," and was suggested to think of something more silly.

On his own, Ito then developed the concept for Gal*Gun and the character designs. Supposedly, Ito came up with the idea for Gal*Gun when he saw a shooting game at an arcade, and thought, "it would be fun if the enemy was a girl and she came at me."[1] Hence, this is why he chose the genre to be a shooting game, rather than an adventure one. The idea was well-received within Inti, but Ito and other members of the company did not seriously think the game would be made. However, Inti Vice President Yoshihisa Tsuda (known for his involvement for Inti's Mega Man games at the time, and later the director of the Azure Striker Gunvolt series), gave his approval, believing the game could prove to be popular.

They developed the system for a shooting game, in which girls would approach you, featuring aim-and-shoot gameplay and on-rails movement, However, the "game system and treatment of the heroines" was different from the final product. According to Satoru Narita, "Rather than a gal game, it was a somewhat maniacal game using..... girls to customize and build up the heroine(?). In that sense, it was more of an 'Inti' game."[1] At the time though, they only had the system and no scenario to go with it. This apparently changed with Alchemist's involvement.

There was a 6 month period in which only two people were actively working on the game: Ito and the background designer. Since the programmer had quit the project, this lead to them wondering if the game would be cancelled. The end of January 2009 was when Inti approached Alchemist with the game, which was possible because an Inti staff member was acquainted with Nakagawa, one of their producers. Upon seeing it, Nakagawa thought the game would prove to be great idea. However, he described the prototype as "painful," and wondered if the game would turn out fine.

Tenzou Motesugi
Voiced by: N/A
A 2nd year student at Sakurazaki Academy, and the protagonist of Gal*Gun.

Patako
Voiced by: Yukari Tamura
An angel trainee and a 3rd year student at the Angel Academy. As a part of her exams, she is tasked with helping Tenzou find his true love. Due to a slip-up, she needs to accomplish this mission before sundown.

A 2nd year student at Sakurazaki Academy, and is Tenzou's childhood friend. She's also a shrine maiden who is able to see spirits.

A 3rd year student at Sakurazaki Academy. The only daughter of the rich and powerful Sakurazaki family. She excels in many sports and hobbies, although she has a preference for painting.

Aoi Uno
Voiced by: Nozomi Yamamoto
A 1st year student at Sakurazaki Academy. She's part of a school band called LOVEHEARTS, and has dreams of becoming a rockstar.

Exclusive to the PS3 Version[]

Ekoro
Voiced by: Yui Horie
An angel trainee who is a 2nd year student at the Angel Academy. 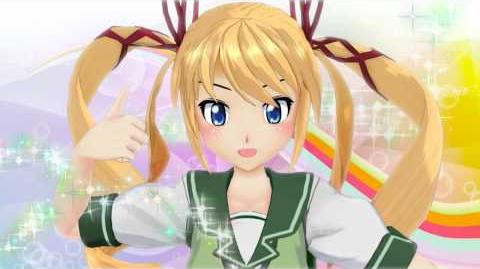 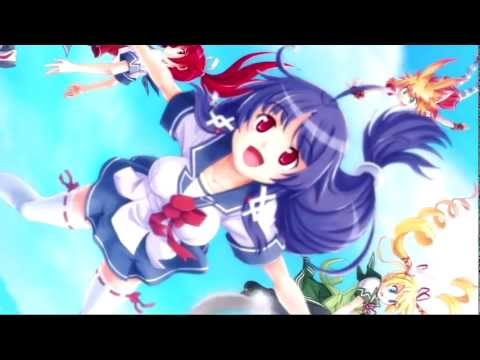