You are a regular student attending Sakurazaki Academy on a normal day. You check your phone to notice an unfamiliar app you don't remember installing. You try to delete it, but it refuses to be uninstalled. When you open up the app, a box magically appears on your desk containing a pair of goggles and a "hair dryer". You try on the goggles and turn them on. The system boots up and an angel appears in front of you. She congratulates you on being a lucky winner from a sweepstakes you've never entered. She later reveals herself as Risu, an elite angel working with Angel Ring Company (or AR Co.) in Heaven. She tells you that you are the chosen "hero" to fight demons at the academy and you have 20 days to rid all of them before they start taking over.

The gameplay are the same from two previous Gal Gun games including the features from the Gal Gun VR lets you suck mini-demons to earn Demon Busting Points including sucking the girls clothes and the “Lovestrike” when the girls surround you, let’s you zoom in a girl when the heart icon fills up it will blast up a huge field around and the girls become struck with joy. In Doki Doki mode while you’re in a bedroom in VR mode, let’s you decorate your room, check at a neighbor Chitsu, talk to Ritsu and sleep in a next day. The Classroom lets you check at Nanako and open up the game flow from your phone let’s you do missions before the deadline and a new mode called the Defense Mode let’s you protect you fellow classmates from mini-demons before they knock the girls out. After you do some events before the deadline the sunset will rise after school taking you back home automatically.

A 2nd year student who gets chosen to hunt demons at Sakurazaki Academy.

A member of Angel Ring Co. who helps the protagonist hunt for demons at the academy.

A 2nd year student at Sakurazaki Academy who is also the protagonist's childhood friend and classmate.

The protagonist's next door neighbor who loves video games, but refuses to go outside.

The antagonist from Gal*Gun: Double Peace returns to cause even more trouble at Sakurazaki Academy.

A 2nd year student and demon hunter at Sakurazaki Academy.

Shinobu's younger sister and 1st year student. Just like her sister and the protagonist, she is also a demon hunter. 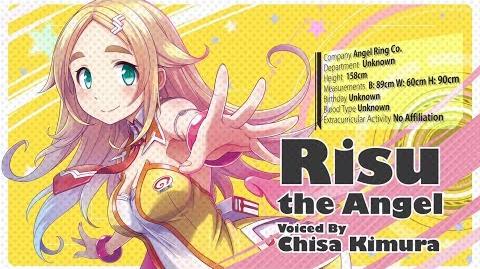